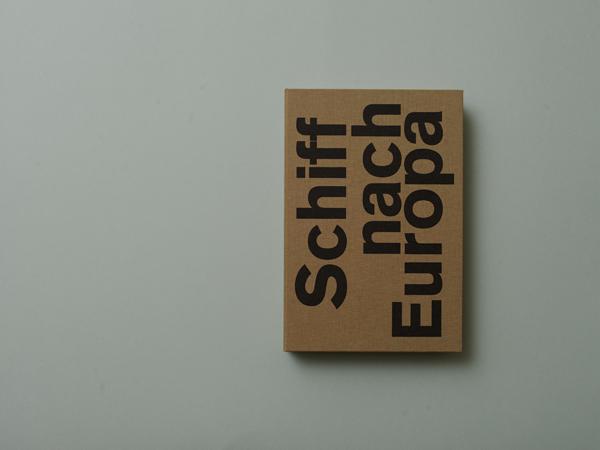 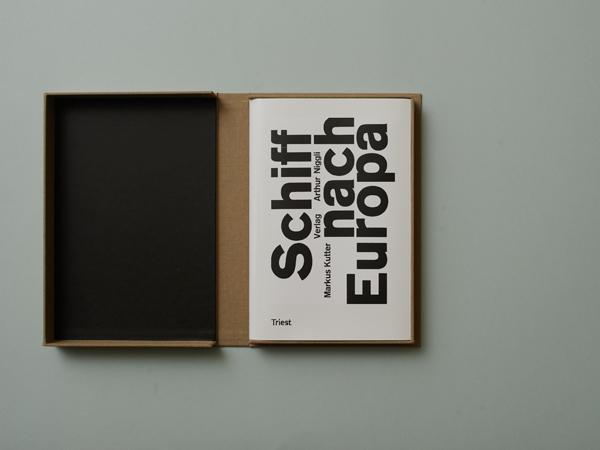 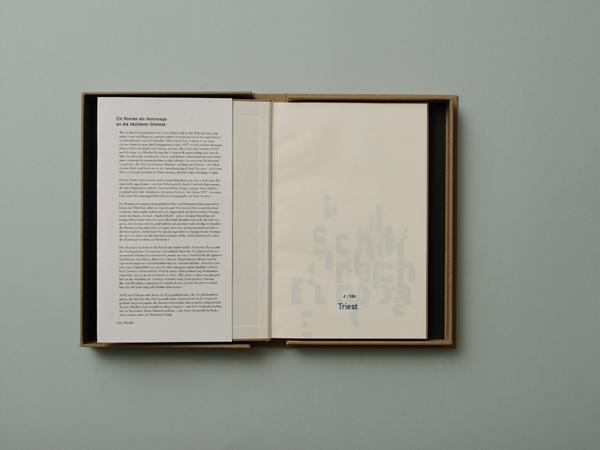 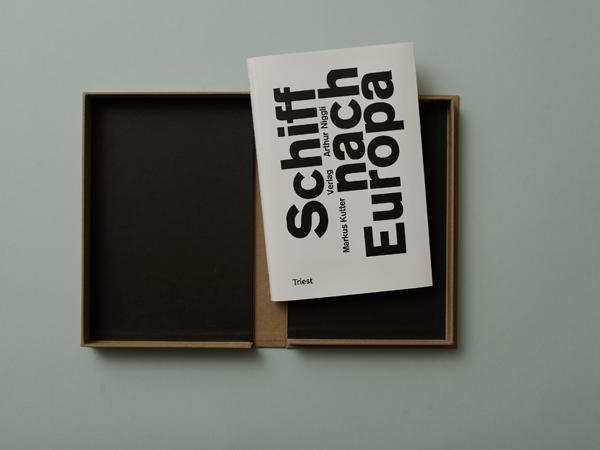 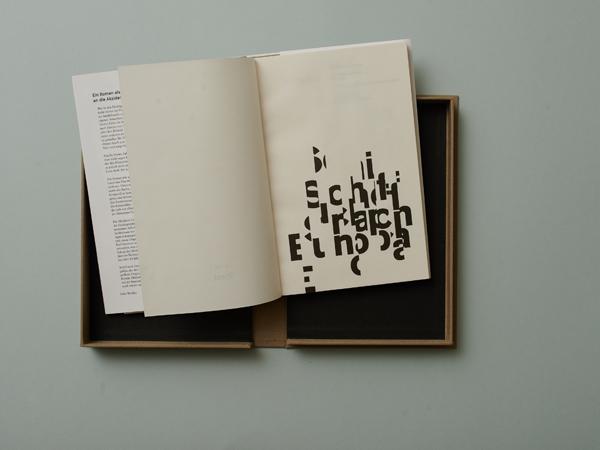 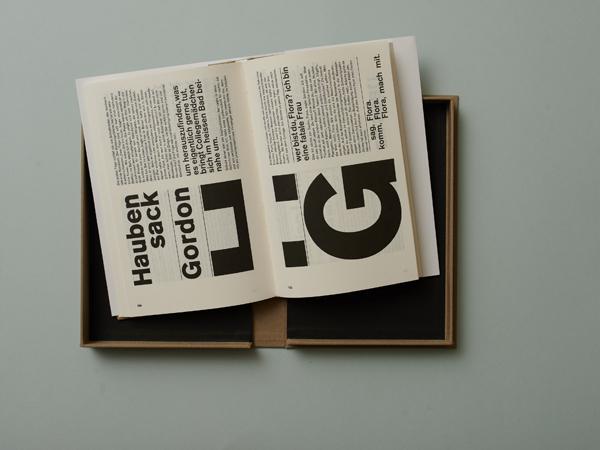 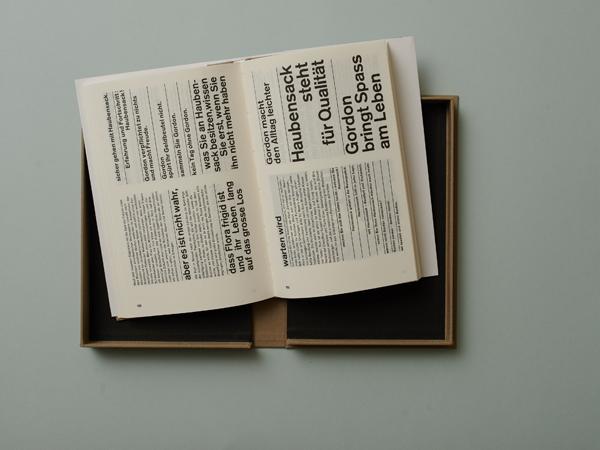 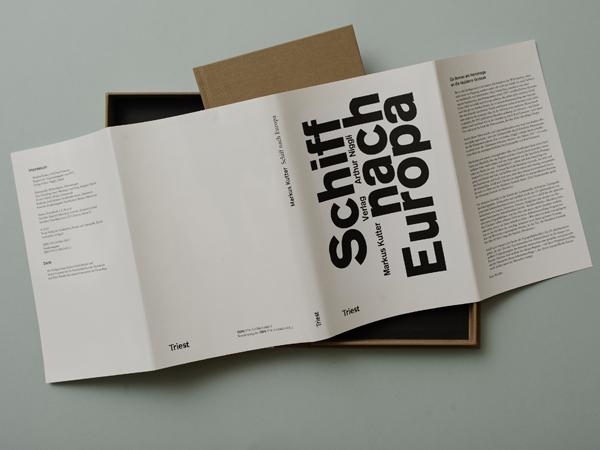 Markus Kutter’s novel Schiff nach Europa – “visually organised” by Karl Gerstner – “assumes an early experimental position that will become generally established in book design only several years later”, wrote François Rappo. By dint of
its typography matching the text, it can be seen as a milestone in Swiss book design and was awarded the Most Beautiful Swiss Book prize in 1957.
The “synthetic novel” plot (a passage from New York to Europe on the Andrea Doria, later to sink) consists of dif-ferent types of text – narrative, drama, conversation and monologue. Even while writing, Markus Kutter envisaged the text having to be staged by means of the appropriate typography. Karl Gerstner described this task as a “personal experiment” and a “special treat”.
Looking at the book, you can sense the gratification at having realised “integral typography”, and it communicates itself to the reader.

The book has been out of print for years and is much sought-after by collectors. The reprint gives many readers the opportunity to finally hold this cult book in their own hands for the first time. The reprint is true to the original, a dust-jacket printed on both sides features both the original cover and the updated version with a commentary by Felix Wiedler. 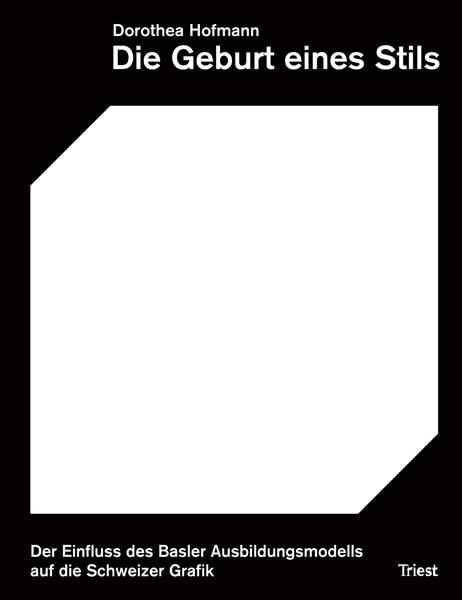 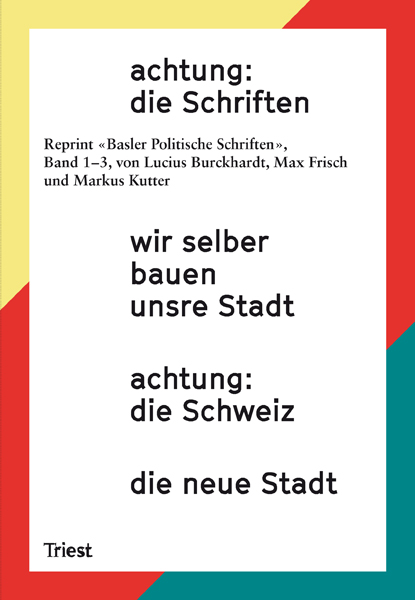 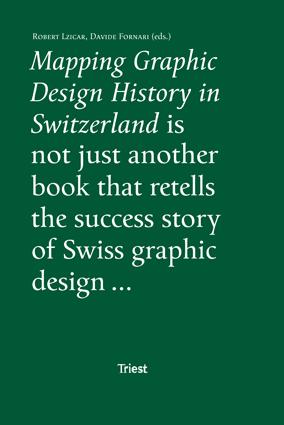